Angelina came to the coaching call overwhelmed and anxious. “This is the end of my career,” she lamented, referring to an email that she received from a colleague. The email contained a complaint about Angelina’s work, and what she perceived as a threat to take that complaint to their leadership. Angelina’s fear reaction kicked in, and in that overwhelmed state, she saw two options: either “fight” the accusation, which would likely provoke the colleague into the action that Angelina most feared, or “flee” the situation and start looking for a new job.

That might sound like an extreme reaction, but that’s an example of the unresourceful thinking that often accompanies overwhelm. When our fears are triggered, it’s easy to catastrophize, like Angelina did. Let’s look at this situation from the STORIES process from End Overwhelm Now: 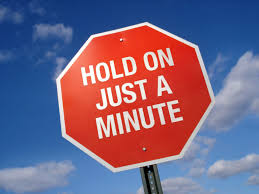 Stop! – I asked Angelina to take a few deep breaths and acknowledge how the email had frightened her.

Take A Step Back – Angelina recognized that her stress response had kicked in. Her heart rate was elevated, palms were clammy, etc. So I asked her to move around while we were on the call to release some of that tension. We also recognized that this email could mean a lot of things, and that there were several options we could explore in response.

Organize Your Thinking – Angelina needed to see the person’s reasoning in the email. As long as there was only a threat, she couldn’t understand well enough to respond. One way to do this for yourself is to describe it as a reporter would, without the emotion. Another way is to seek to view the entire situation from the other person’s perspective. And the strategy that worked best for Angelina was to take the email apart, and assess each thought separately. This simple step helped Ange

lina realize that her colleague didn’t know about some of the actions that had been taken. The colleague also felt that he had to step in to help with something, and hadn’t been recognized for that extra effort.

Remember Your Resources – Angelina remembered that she was a valued employee who had done great work, and had excellent working relationships with her colleagues. Again, this seems like an obvious step, but in the throes of overwhelm, it’s often forgotten. Also, now that Angelina understood what her colleague was really responding to, she made her relationship with that colleague a resource.

Focus on Impact – Angelina couldn’t directly control how her colleague felt, but she had full control over how she responded. Rather than blame or fear the colleague, Angelina took full responsibility for having an honest and productive conversation.

Engage a New Story -As we wrapped up the call, Angelina was actually looking forward to inviting her colleague out for coffee to talk about how to resolve the issue. Again, she focused on her strengths and resources, which gave her the confidence to have a successful conversation. She now saw this as an opportunity to build, or rebuild, the trust between them.

Schedule It – Angelina immediately sent an email, requesting some time to discuss the email in question. Typically when we’re in fear, we put off addressing the issue, which just makes it worse and creates even more worry and anxiety. By having a plan and setting up the meeting as quickly as possible, Angelina stayed in a more empowered state.

Although I went through all of the 7 steps of the STORIES process, you may not need them all for your situation. Sometimes the STOP! step is enough – simply calming yourself down can work by itself. Sometimes it’s the Organize step, to be able to unpack the situation to be more fully understood. And sometimes we just need to remember that we have Resources and support that we forget about when overwhelmed.

So the next time someone surprises you with one of those emails, call on STORIES to help you through.